A museum where you can experience the history and future of the sea, ships, and ports of Kobe.

The "KOBE MARITIME MUSEUM", which features a large roof with a white space structure evoking the image of sails of a sailing ship running through the vast ocean and sea waves, opened in 1987 to commemorate the 120th anniversary of the opening of the modern Port of Kobe. Then reopened in 2020 under the theme of "the journey of Kobe and its port". Here visitors can explore the structure of ships, the charm of cruise ships, port facilities, and by seeing how the port has been transforming through “exhibition of real objects”, “diorama models”, “videos” and "graphics", they‘re introduced in an easy-to understand manner to the "past", "present" and "future" of the sea, ships and ports. Adjacent to the museum is the “Kawasaki Good Times World” which opened in 2006, a corporate museum of Kawasaki Heavy Industries Group that has worked hand in hand with the port of Kobe since its opening.

Outline of the KOBE MARITIME MUSEUM

Days closed   - Every Monday (or the following week day if Monday is a national holiday), and New Year’s holiday (December 29 to January 3)

In addition to the history of the international harbor city of "Kobe", exhibitions feature ships, structure and role of the port, and vessels that incorporate various advanced technologies. Adjacent to the museum is the “Kawasaki Good Times World”, a corporate museum of Kawasaki Heavy Industries Group that has worked hand in hand with the port of Kobe since its opening.

A journey to the past and the future.

■The Port of Kobe 150th Anniversary Theater
One of the main features of the Kobe Maritime Museum.
Making use of the entire entrance hall, visitors will be caught up in the content of 2 videos that show the history of the British warship Rodney arriving at the Port of Kobe across the great ocean and the 150-year journey since the opening of the port.

■Ships coming and going from the Port of Kobe
Visitors will learn about the port as an international trading point, by understanding through interactive displays the global maritime network of the Port of Kobe and its active ships. Also, the large murals that show the most impressive container ships and cruise ships of the port, will fascinate visitors and increase their interest on ships.

■3D Sea Photo Spot
A photo spot where visitors can take photos to commemorate their visit with 2 trick-art sets related to the sea, port and ships.

1st floor “History of the Port of Kobe”

Learning from ancestors’ wisdom and effort

■Progress and functions of the Port of Kobe
We foster future maritime human resources by diffusing the history of the Port of Kobe from its opening to the present day, the role it plays and its functions, and having children understand the importance of the work done on the sea, ships and port through interactive exhibitions such as the ship handling simulator.

A simulator in which visitors can pretend operate a gantry crane with 2 levers, they experiment how to lift a container loaded on a ship and move it to a truck. Learn by playing, the job of a gantry crane operator.

Ship Handling Simulator of the Port of Kobe

In this simulator, visitors can pretend control a cruise in a video that recreates the Port of Kobe. Go around the set points and aim for the goal within the time limit. Conditions such as weather and point of view can be changed as desired, so visitors can fully experience the job of a ship navigator.

History of the Port of Kobe

An interactive exhibition that provides an overview of the history of the Port of Kobe from its opening to the present day. Visitors can see how the Port of Kobe has evolved in chronological order.

Experimental Puzzle. The role of the port

A puzzle-styled interactive display, where visitors place the pieces representing the facilities of the Port of Kobe in the right place within the time limit and, learn about the role that each of them play.

Jobs on the Sea, Ships and Ports

The jobs are divided into 3 categories: "at sea", “sea protection" and "logistics", and real comments from the people working are featured in the interview videos.

We present various aspects of international exchange between the Port of Kobe and countries around the world, including passenger ships that have visited the port, sister cities and sister ports, the first gondola imported to Japan, along the history of the KOBE MARITIME MUSEUM.

Take a break while learning

With a capacity of 33 seats (including 2 wheelchair locations), the theater is equipped with a large 180-inch screen and a stereophonic sound system. Visitors can watch an interesting video focusing on the history of the Port of Kobe, sea, ships and port. It is repeatedly playing during opening hours, so visitors can watch at their best timing while going through the indoor exhibitions. Equipped with comfortable seats, the Maritime Theater makes a great place to take a break while learning some more. Contents designed for adults and children are fun and easy to understand, perfect to enjoy with the whole family.

■Main exhibitions
・"Kawasaki World Theater" introduces Kawasaki Heavy Industries’ land, sea, and air products through dynamic images on a 14-meter-wide curved screen
・"Motorcycle Gallery" exhibits a number of the Kawasaki’s most iconic racing bikes
・"Monozukuri Theater" introduces through footages the launching ceremony of ships and the production processes of Shinkansen and aircrafts with a powerful triple-screen audiovisual system
・Actual exhibition of the "Series 0 Shinkansen" and "Kawasaki-Vertol KV-107Ⅱ helicopter" available to explore from the inside as well
・"Flight Simulator", where visitors can experience being a pilot controlling a plane takeoff and landing at Kobe Airport
・"High-Performance robots" take various actions to introduce the company’s robotic technology and features

Legacy to the future

Overlooking the Port of Kobe in the Meriken Park, an autonomous underwater vehicle that allows unmanned observation and data collection, and a trigger used at Mitsubishi Heavy Industries - Kobe Shipyard & Machinery Works are on display. In addition, a part of the Meriken Wharf that collapsed in the Great Hanshin Earthquake is been preserved in the “Port of Kobe Earthquake Memorial Park” with the aim to pass lessons learned from the earthquake to posterity. At the same time, the images of the disaster situation at that time, the recovery process and reconstruction plan outline are exhibited through photo panels, chronological tables, diorama models and videos.

A device that plays a non-slip role connecting the ship and the slipway at ship launching ceremonies. This trigger device was actually used at Mitsubishi Heavy Industries - Kobe Shipyard and Machinery Works for about 60 years, and ended its role at the launching ceremony on March 9, 2012.

A part of the ship steam turbine engine installed in the container ship "Rhine Maru" of Osaka Shosen Mitsui Shipping, which was built at Mitsubishi Heavy Industries - Kobe Shipyard and Machinery Works in 1971. An exhibition that exposes the internal mechanism.

An autonomous underwater vehicle (AUV) manufactured by Kawasaki Heavy Industries in 2000. It is an underwater robot able to perform various observations and data collection unattended.

While preserving a part of the Meriken Wharf that collapsed in the Great Hanshin Earthquake with the aim to pass lessons learned from the earthquake to posterity, images of the disaster situation at that time, the recovery process and reconstruction plan outline are exhibited through photo panels, chronological tables, diorama models and videos. Pamphlet available (PDF format) * Japanese only

Group visitors are admitted at a group discount fee. If you plan to visit our facility in groups or tours, please apply from the "Group Application Form".*Japanese only

The museum is equipped with various facilities so people who need wheelchairs, the elderly, and parents with strollers can use it without problem. Slopes are installed around the exhibits, and handrails on stairs and toilets. A nursing room is also available on the 1st floor. Please use the elevator when heading to the 2nd floor exhibition room.

Kobe Maritime Museum is fully equipped to be comfortably visited by persons using wheelchairs, elder people and parents with strollers. 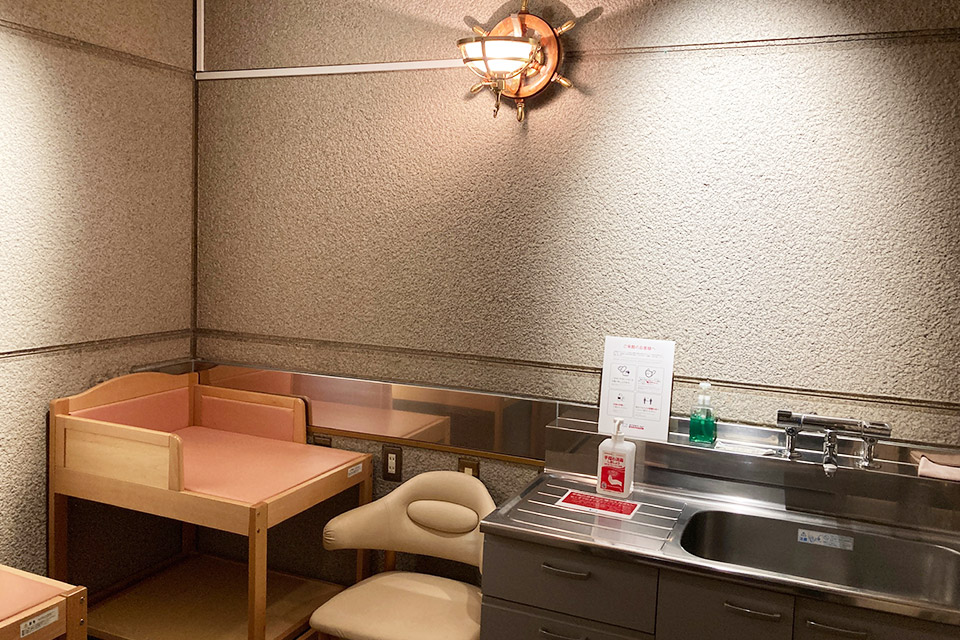 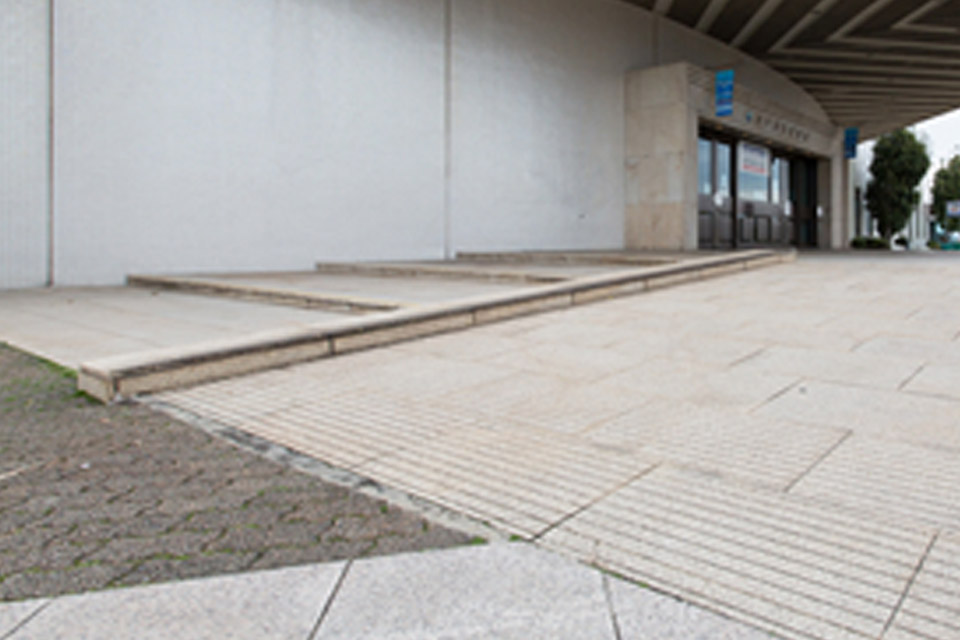 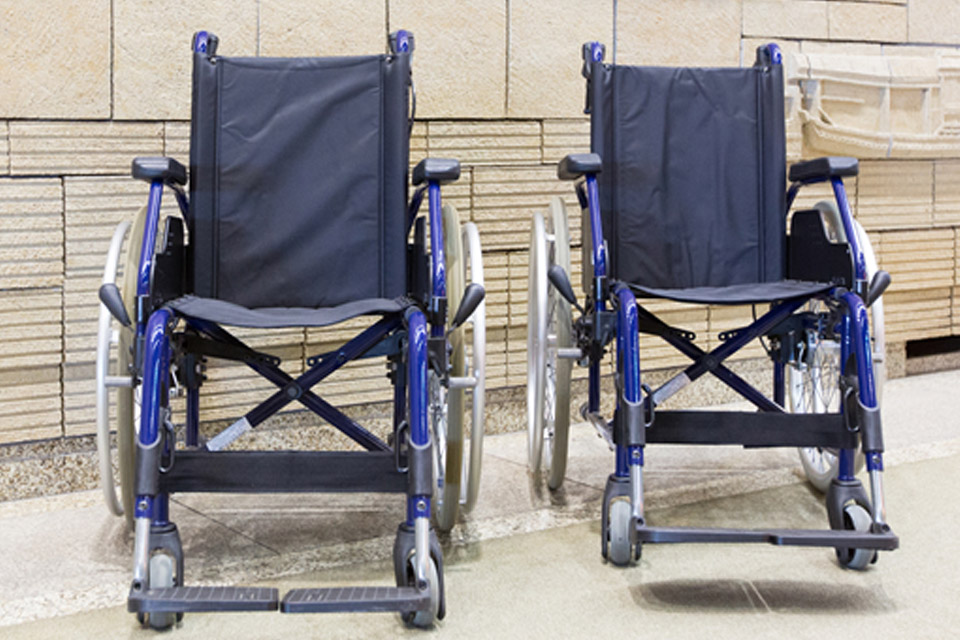 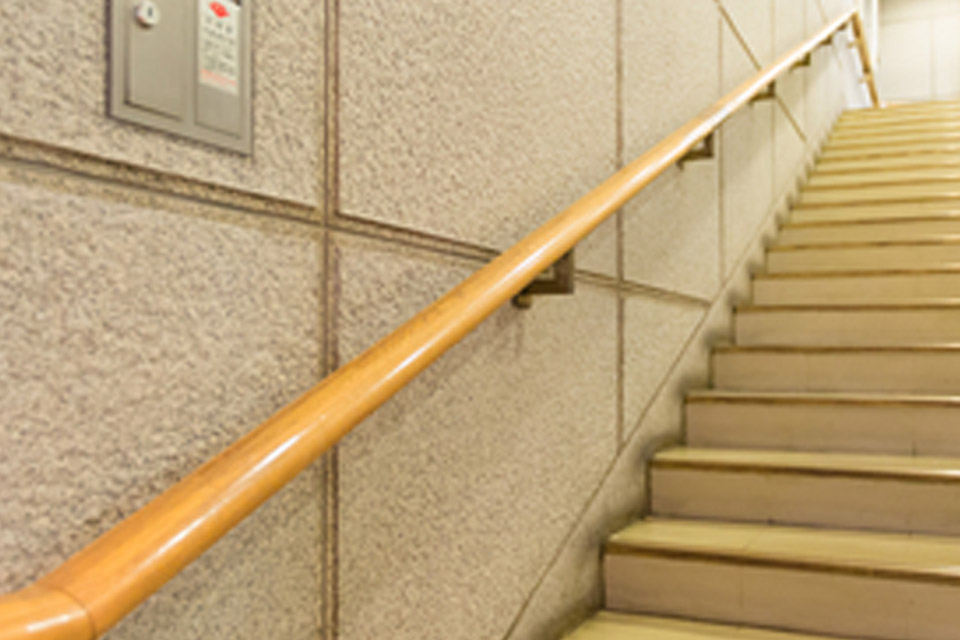 Slopes are installed at the entrance and around exhibits, and handrails on stairs and toilets. When heading to the 2nd floor exhibition room, please use the elevator.

Contact the Information Counter on the 1st floor *Up to 2 wheelchairs, rent-free *Only for indoor use

A nursing room equipped with a baby crib and a water place is available.

A wide selection of souvenirs and commemorative goods from your visit to the Kobe Maritime Museum and Kawasaki Good Times World.

From the Hanshin Expressway Route 3 Kobe line, about 5 minutes from Kyobashi Exit and about 10 minutes from Yanagihara Exit.